Nothing But the Facts Statement: Community Banking

Nothing but the Facts: Community Banking in the United States

This Nothing but the Facts statement by the Committee on Capital Markets Regulation aims to provide policymakers with relevant facts related to the role of community banks in the United States economy and how access to these financial institutions has changed in recent years. Throughout this statement we rely on the Federal Reserve’s definition of a community bank as a banking organization with total assets of less than $10 billion.

But, why should this be a concern for the U.S. economy? The facts demonstrate that there are several reasons. First, according to a recent study by the Federal Deposit Insurance Corporation (“FDIC”), community banks are the only source of physical banking offices in one in five U.S. counties and hold the majority of deposits in rural counties. By enabling access to basic bank accounts in rural counties, community banks in turn facilitate access to traditional credit products that are critical to the economic health of American households. Figure 1 further demonstrates the importance of community banks to rural communities, showing that community banks account for 76 percent of bank agricultural loans. 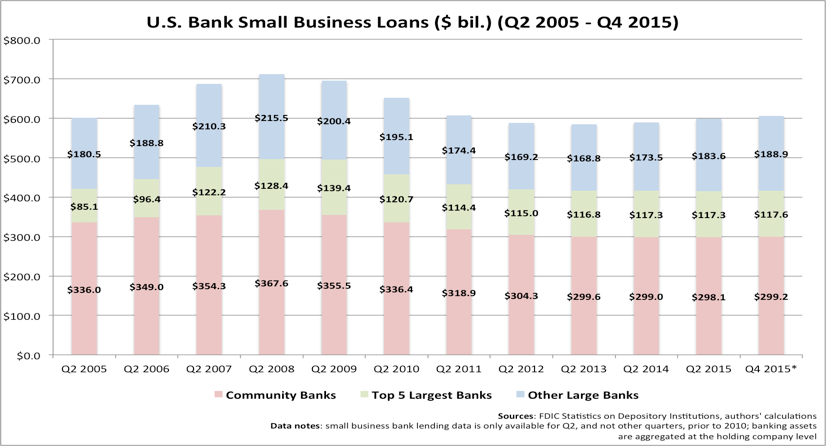 Figure 3 and Figure 4 demonstrate that the significant reduction in the share of total U.S. banking assets held by community banks coincided with the implementation of the Riegle Neal Interstate Banking Act in 1994 and the Dodd-Frank Act in 2010. The Riegle Neal Interstate Banking Act facilitated consolidation of assets among banks because it removed many of the restrictions on opening bank branches across state lines. After consolidation, many banks would be too large to continue to qualify as community banks.

On the other hand, the link between Dodd-Frank and community banks has more to do with regulatory costs. For example, a 2013 survey by the Mercatus Center at George Mason University found that due to Dodd-Frank one-quarter of community banks were planning to hire compliance staff within a year, one-third had hired staff to meet CFPB regulations, and 83 percent experienced compliance cost increases. Other analyses suggest that the increase in regulatory costs are a major factor behind community bank consolidation in recent years. Additionally, recent Federal Reserve Bank of Richmond research finds that a major driver behind the lack of new bank formations is also driven in part by regulatory trends, noting that “banking scholars have found that new entries are more likely when there are fewer regulatory restrictions.” 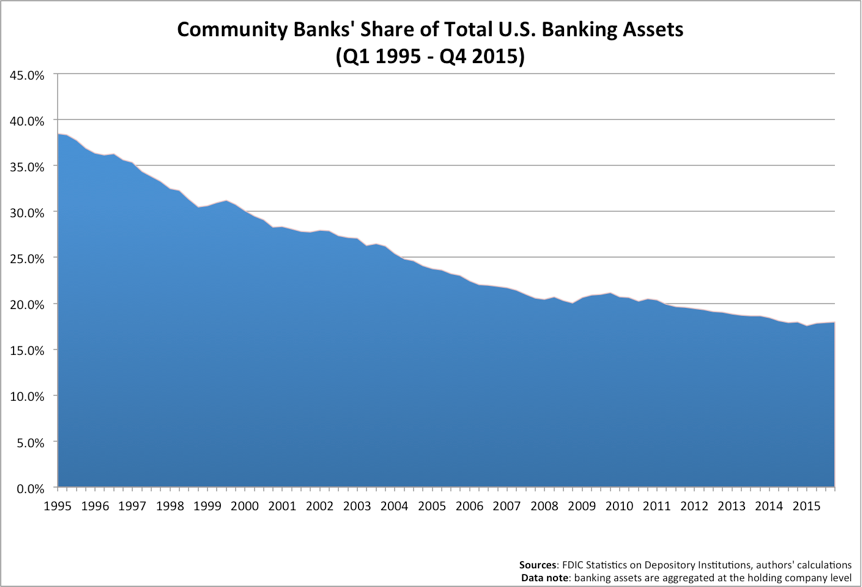 Should you have any questions or concerns, please do not hesitate to contact the Committee’s Director, Prof. Hal S. Scott (hscott@law.harvard.edu), or its Executive Director of Research, John Gulliver (jgulliver@capmktsreg.org), at your convenience.

A pdf of this release can be found here.