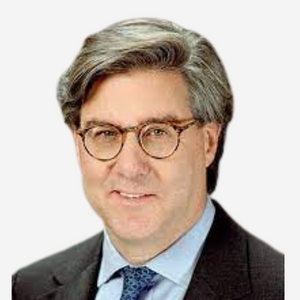 John L. Thornton currently serves as Chairman of Barrick Gold Corporation, the largest gold mining corporation in the world. He is also the former Chairman of the Board of Trustees of the Brookings Institution in Washington, D.C. Mr. Thornton has extensive experience in business, finance and public affairs. He has served on the boards of international public companies including China Unicom, Ford Motor Company, HSBC, Industrial and Commercial Bank of China, Intel, and News Corporation. Mr. Thornton retired as President of Goldman Sachs in 2003, and is currently a Professor and Director of the Global Leadership Program at the Tsinghua University School of Economics and Management in Beijing.

He is a trustee, advisory board member or member of the Asia Society, General Atlantic, China Securities Regulatory Commission (CSRC), China Reform Forum, National Committee on U.S.-China Relations, China Institute, McKinsey Knowledge Council, the Hotchkiss School, Council on Foreign Relations, China Foreign Affairs University and the Tsinghua University School of Economics and Management. In 2007, Institutional Investor Magazine named him one of 40 individuals who have had the greatest influence on global financial markets over the past forty years. In 2008, he was awarded the Friendship Award of the People’s Republic of China, the highest honor accorded to a non-Chinese citizen.

Mr. Thornton received an A.B. in history from Harvard College, a B.A./M.A. in jurisprudence from Oxford University and an M.P.P.M. from the Yale School of Management. He was elected a Fellow of the American Academy of Arts and Sciences in 2007.