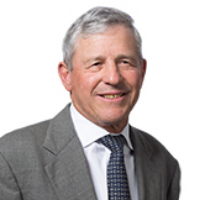 Leslie N. Silverman is a partner at Cleary Gottlieb Steen & Hamilton LLP based in the New York office.

Mr. Silverman’s practice focuses on the domestic and international capital markets, representing both issuers and underwriters. He has extensive experience, in particular, in cross-border offerings and the development of new financial products. Mr. Silverman regularly counsels companies on compliance with the Dodd-Frank and Sarbanes-Oxley Acts, the SEC’s implementing regulations and related corporate governance matters.

Mr. Silverman is widely published and is one of the authors of U.S. Regulation of the International Securities and Derivatives Markets (Eleventh Ed., Wolters Kluwer, 2014), PLI’s Guide to the Securities Offering Reforms (Practising Law Institute, 2005) and The Sarbanes-Oxley Act of 2002: Analysis and Practice (Aspen Publishers, 2003). He also recently co-authored the articles, “Private Offerings: SEC Liberalizes the Rules but also Proposes New Requirements,” in VC Experts (October 23, 2013), “SEC’s Silent Opposition to Arbitration Bylaws Is Speaking Volumes,” in The National Law Journal (August 12, 2013), and “Stockholder Adoption of Mandatory Individual Arbitration for Stockholder Disputes,” in the Harvard Journal of Law & Public Policy (Summer 2013). He currently is serving as a member of, and counsel to, the Committee on Capital Markets Regulation. Mr. Silverman is distinguished as one of the world’s best lawyers by Chambers Global, Chambers USA, Chambers Latin America, IFLR 1000: The Guide to the World’s Leading Law Firms, The International Who’s Who of Business Lawyers, The Legal Media Group Guide to the World’s Leading Capital Markets Lawyers, The Best Lawyers in America and The Legal 500 U.S.

Mr. Silverman is a member of the Bars in New York and the District of Columbia, and is admitted to practice before the U.S. Court of Appeals, Second Circuit, and the U.S. District Court for the Southern District of New York.